Molly Lannon Kenny spoke to me by phone from her home in Mexico, where she recently transitioned to living full-time. The slower pace gives her more time to focus on trainings, retreats, and writing. Her new book of essays, No Gurus Came Knocking, was released in November. 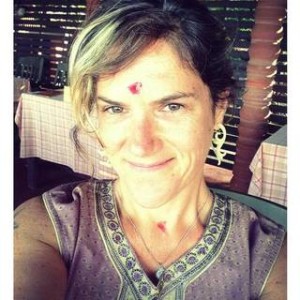 Congratulations on your new book! I’m intrigued by the title. Does every yogi need a guru?

Often when people start to go deeper in their practice, they realize there’s something more they could gain from someone who has more experience. One place I have learned that is through my relationship with my friend and mentor, Ram Dass, who gives me so much joy. It’s affirming to know that I am connected to lineage through him.

But I don’t want to promote the idea that if people don’t have that relationship, that lineage, they’re not legitimate. Someone doesn’t have to have a guru to be a really great student or to make a change in their own life and in the lives of others.

The idea of a guru is not something we are particularly inclined toward in our culture. We’re very focused on independence. The idea that we would be somehow subservient to someone, take someone on faith, is not a very American idea. And we don’t really have many opportunities to find and connect to gurus here. Many people have had experiences with someone who is putting themselves in the role of “guru” but who is not very evolved themselves. When their students figure that out, they may become wounded by the experience, and that turns them off to the whole idea.

Having a relationship with a guru (if it’s right for you) is really special.. But not everyone will have that opportunity.

But the search is still important?

Yes. On one level, you don’t need a teacher. The answers are already inside you. At the same time, if we skip the step of seeking, the risk is that we become egocentric in the idea, “I already know what’s best for me!” We do, at a soul level, but at a superficial level, we often don’t. It’s easy to use that phrase, “The answers are inside of me” and reinforce your own ego-identification without really getting to the depths of your own soul. 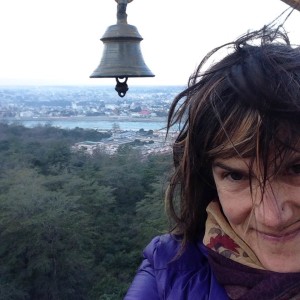 What led you to develop Integrated Movement Therapy®, and how does it differ from therapeutic yoga?

I developed IMT when I was working as a practicing clinician in a hospital. I wanted to change how I was working with people, to put the emphasis on partnership and building people’s essential self-worth before anything else. That was not supported by the clinical model.

I had the incredible honor of being on the committee that created the standards for yoga therapy, but I ultimately opted out of seeking accreditation. All forms of yoga therapy differ from one another. But in general, the standards of yoga therapy adopt the medical model. The last thing I wanted to do was to take yoga and turn it back into a pathological, medicalized model. IMT is an individualized intervention, and it’s really based in the orientation of the practitioner themself. It’s their spiritual practice, their worldview that informs the therapy.

That being said, my specialty areas are traumatic brain injury, stroke, and autism … so there’s definitely an emphasis on practical outcomes. When someone comes to me with a stroke, I’m working on increased mobility and improving their general well-being, but it’s not “physical therapy.” It’s very holistic. When I’m working with a child with autism, I’m seeing inherent divinity in the child as she is already. I’m being deeply present with the family as they are. And then I’m working within the family system to support change.

Your bio mentions the idea of “healing the self as a means for healing others and our communities.” What do you mean by this? Is it just about taking care of ourselves so that we can care for others?

Taking care of yourself is really important, especially if you care for others. But the danger is in thinking that just by doing things to care for ourselves we’re actually contributing to some kind of greater social change.

There also has to be action. For example: I’ve been involved in a lot of conversations around race and privilege, as everyone is right now. I can often see a difference between people who have done deep inner work—their ability to contribute to those conversations in a meaningful way and elevate the conversation through their work—and other people, who are very passionate about what they’re saying but not very skilled at participating constructively in situations that are challenging.

I’m talking about making radical internal shifts. If we don’t acknowledge our implicit racism, then we’re never going to be a part of a solution, because we’re too busy saying “not me.” If instead I create a new understanding of myself, and realize of course I have implicit biases because I was raised in a country where that is the paradigm, then I can begin to create change.

You’re offering a workshop at the conference on adjustments. What is your philosophy on that? 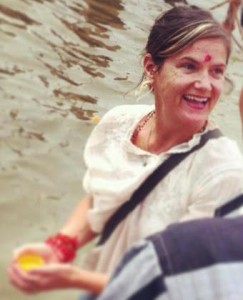 Molly on pilgrimage, bathing in the Ganges.

I use my hands a lot in teaching. I was brought up as an Ashtangi, so I assumed that’s what you do. I believe in the power of touch.

At the same time, I see too many adjustments in yoga classes that are basically micromanaging people. Students are trying to have their experience, and someone is coming along and judging the pose. Anatomically, the ideas that we are promoting often are not based in science. What people are doing is not necessarily going to be harmful to them. Even the idea that we all know what Triangle looks like … it looks different in different books, different philosophies … so we’re not really basing it on anything.

I love to teach teachers to put their hands on other people’s bodies with the sensibility of having a dialogue. When I am teaching, I’m in a conversation with someone, not just asking them to defer to what I tell them to do. I’m not looking at people and seeing “what’s wrong with you” so I can fix it. It’s not my job to make you different than you are.

This year’s conference theme is “a pilgrimage to the soul.” Can you talk about your experience with pilgrimage?

The one that comes to mind is when I made a pilgrimage to the Ganges river during Kumbh Mela [a mass Hindu pilgrimage to bathe in a sacred river]. Bathing myself in the river with all the other devotees was a powerful experience of humility, unself-consciousness, and transformation.